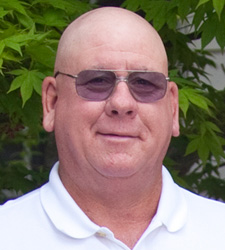 Linwood "Sonny" Scott, Jr.
Born and raised 1/2 mile from the headquarters of Scott Farms, Inc., Linwood "Sonny" Scott, Jr. is the patriarch of the modern farm operation. Beginning in 1979, when the farm was incorporated, Sonny began making preparations for the future of what Scott Farms would become. As President and co-owner of the business with his wife and two sons, he has led Scott Farms to be one of the leading farm and agribusiness enterprises in the industry today.

Farming more than 14,000 acres of sweet potatoes, tobacco and other crops in Wilson, Wayne, and Johnston counties, translates into one of the largest operations of its kind in North Carolina. Counted as a leading sweet potato grower, packer, and shipper, Sonny is a pioneer in the effort to export to the United Kingdom. In 1999, he was the catalyst in developing a plan for Scott Farms to enter and later become the largest supplier of sweet potatoes in the region. Scott Farms UK, Ltd., a subsidiary of Scott Farms, Inc, was formed and began to run the day-to-day operations of the international space. Sonny is no stranger to service. After returning to the farm from a volunteer post in the United States Army Reserves, he quickly became a leader in the industry. As a former 12-year board member of the North Carolina Sweet Potato Commission, Sonny has held other ranking positions and has won numerous awards for his farming and business acumen including, the Wilson County Young Farmer of the Year award in 1977, North Carolina Young Farmer of the Year in 1977, Outstanding Young Flue-Cured Tobacco Farmer in 1979, and Southern Flue-Cured Tobacco Festival Young Farmer of the Year in 1981. He also served as the director of the Wilson County Young Farmers’ Association and the North Carolina Corn Growers Association and has served on the community committee for the Agricultural Stabilization Conservation Service (forerunner to the Farm Service Agency). Sonny and his wife, Alice, have been married over 40 years. They also have two beloved family dogs, Chihuahuas, named Peanut and Coco. 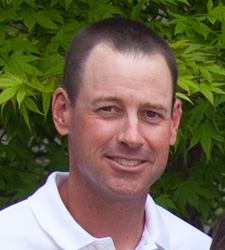 Linwood H. Scott, III
Serving as Vice-President of Tobacco and Farm Operations, as well as being a co-owner in Scott Farms, Inc., Linwood H. Scott, III carries the day-to-day load of the farm production and oversees the field operations for all crops grown. The former United States National Young Farmer of the Year (2000) has quickly made a name for himself in the agriculture and agribusiness world.

The Wilson Christian Academy graduate was very active in 4-H programs as a youth. After attending Atlantic Christian College (now Barton College), Linwood, III returned to the family farm as a full-time farmer with his father and quickly gained the respect of the industry. Taking part in the Philip Morris Agricultural Leadership Development Program prepared him for the growth on the horizon at Scott Farms.

Other areas of service to his community are important to Linwood, III. He is a member of Marsh Swamp Original Free Will Baptist Church, Vice President of the Lucama Youth Athletic Association, and in 2001 served President of the Lucama Youth Athletic Association. The belief that coaching allows him to have a positive impact on the lives of area children and provides him an opportunity to develop a stronger relationship with his own children, he also coaches area youth in basketball and tee-ball.

Linwood, III loves farming. It allows him the privilege of working alongside his father, mother, brother, wife, daughter, and son-in-law on the same land that generations of Scott’s before him tilled. He hopes to pass this heritage and distinguished tradition in the farming community along to his own children. He is married to the former Kimberly Pope and the couple has three children, Jena, Lindsey, and Lin. 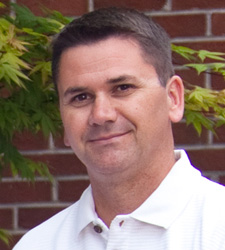 Dewey R. Scott
The former Barton College baseball standout, Dewey R. Scott, traded the life of an athlete for one of a different purpose. Sports have always been a big part of the the co-owner and Vice President of Sweet Potato Operations at Scott Farms, Inc's. life and continues today. Volunteering as a coach to the youth of the region is only one way the Barton College and North Carolina State CALS’ Leadership Development program graduate contributes to the community.

A leader in the Sweet Potato industry and former President of the North Carolina Sweet Potato Commission, Dewey has dedicated many hours to the growth in the industry. As a catalyst for the development of the Scott Farms Sweet Potato Chip, available exclusively in the United Kingdom, Dewey has been a visionary for the marketing and sales of sweet potatoes as a whole product line throughout North America and the UK. Part of the vision was made possible by his involvement in developing the state-of-the-art 60,000 sq. ft. grading, packing, and shipping facility located in the heart of the Lucama, N.C. based Scott Farms, Inc.

Recognized for his forward thinking and ability, the former North Carolina Outstanding Young Farmer of the Year was a key presenter to The Automation Conference in Chicago, I.L. in April 2015. Speaking to his experience, the conference organizers tapped him to lead the discussion on Serialization in the Produce Industry where he presented the future of the industry was in automation and computer assistance. In addition to farm automation, Dewey was also instrumental in developing the micropropogation efforts of the farm to ensure a consistent and healthy crop from year to year.

Dewey and his wife, Heather are the parents of two young sons, DJ and Charlie.